11 Movies Every Photographer must Watch

It can be a lot of fun and extremely inspiring too.

Have you seen any of these already? Do you have any other suggestion?

Leave your comments below.

1 – Annie Leibovitz – Life Through a Lens, by Barbara Leibovitz 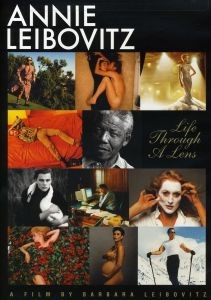 A look at the life and career of one of the most famous contemporary photographers.

From the start, when she worked for Rolling Stone Magazine until her last assignment for Vogue, this documentary shows a lot of insights on Annie’s creative process.

Click on the image to watch the trailer and when you see the movie, watch also the extras for fascinating accounts from people she has photographed. 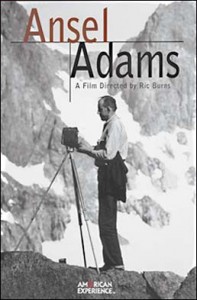 Best known for his Black & White images of the Yosemite, in this documentary you will learn what inspired this exceptional photographer who dedicated his life to the art.

Click on the image to see the full movie. 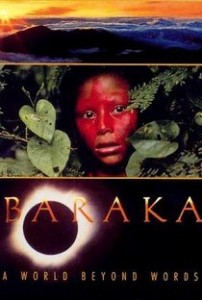 An incredibly beautiful movie filmed in 23 countries and an amazing documental photography work.

It shows culture, traditions, nature and life around the globe.

Click on the image to watch the opening scene.

4 – Blow Up, by Michelangelo Antonioni 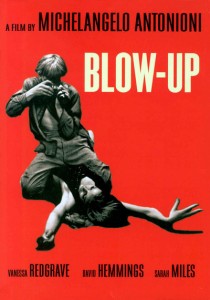 A 60’s film that follows Thomas, a fashion photographer played by David Hemmings, who discovers he accidentally captured a murder on film in the background of one of the images while he’s developing it in the darkroom.

Need to say anything else?

Click on the image to watch the extended trailer. 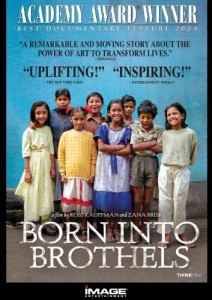 When a group of kids get the chance to photograph using automatic analogue cameras, something incredible  happens.

They all have a particular amazing story to say, even though they live in the most precarious conditions.

Click on the image to watch it on NetFlix

After his death in 2004 at the age of 96, master photographer Henri Cartier-Bresson was mourned as “the father of photojournalism.”

Though the camera-shy shutterbug was reluctant to offer himself up as a subject, this documentary offers a rare moment alone with the photographer as he explores his portfolio and offers detailed insight into the remarkable images that moved millions.

Focusing in particular on Cartier-Bresson’s widely acclaimed work from the period ranging from the ’40s through the ’60s, director Bütler explores the stories behind the photographer’s stunning images of such historical events as the death of Gandhi and the liberation of Paris.

Click on the image to watch the full movie. 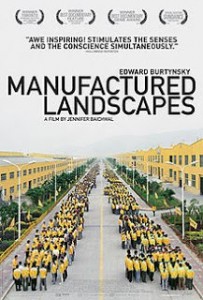 Canadian Photographer Edward Burtynsky travels the world documenting the effects of industry in the landscape.

His work is fascinating, informative and outstandingly beautiful. It documents not only physical changes but also how people interact with them.

In the movie, Burtynsky comments about composition and it is an incredible lesson for anyone interested in  the topic.

Click on the image to watch his talk when he accepted his 2005 TED Prize. He has a wish: that his images help persuade millions to join a global conversation on sustainability. 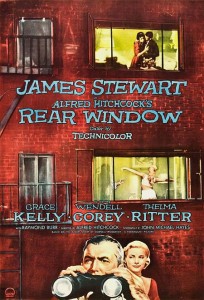 Professional photographer L.B. “Jeff” Jeffries breaks his leg while getting an action shot at an auto race. Confined to his New York apartment, he spends his time looking out of the rear window observing the neighbors. He begins to suspect that a man across the courtyard may have murdered his wife.

Do you remember that Pulitzer winning photograph of a Sudanese child being eyed by a vulture?

Click on the image to watch the movie (with Spanish subtitles) 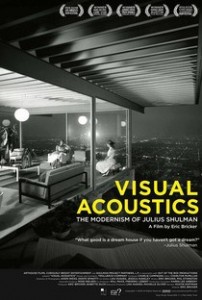 If you love learning about composition, this film is for you.

Shulman captured the work of nearly every modern and progressive architect since the 1930s including Frank Lloyd Wright, Richard Neutra, John Lautner and Frank Gehry.

This unique film is both a testament to the evolution of modern architecture and a joyful portrait of the magnetic, whip-smart gentleman who chronicled it with his unforgettable images. 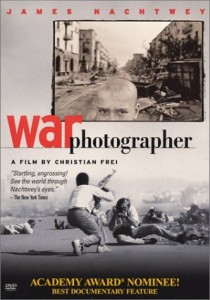 War Photographer is a documentary about James Nachtwey, considered by many the greatest war photographer in the world.

As well as telling the story of an iconic man in the field, the film addresses the broader scope of ideas common to all those involved in war journalism, as well as the issues that they cover.

One of the main themes of the documentary is the level to which a journalist should become involved in the events that they are there to document.

Nachtwey credits the intimacy of his photography to his emphasis on establishing a rapport with his subjects, often despite a significant language barrier.

Click on the image to see the full movie.