Imagine transforming your mobile phone into a drone!

AirSelfie has announced the launch of the first pocket-sized flying camera, the only portable flying camera that integrates with smartphones. 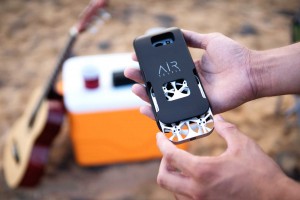 Comprised of four powerful propellers and a 5-megapixel video camera, AirSelfie is smaller than a smartphone and can fly vertically up to 66 feet, allowing users to take aerial selfies of themselves and their friends.

It comes equipped with a rechargeable battery through a cell phone case, as well as the option to purchase an external power bank. Additionally, a vibration-absorber system and in-flight stability systems guarantee stable, clear, flowing images.

AirSelfie is available for pre-order via Kickstarter and the deliveries will start from March 2017. It comes equipped with 4 GB micro SD memory and a battery that enables three minutes of flight time. 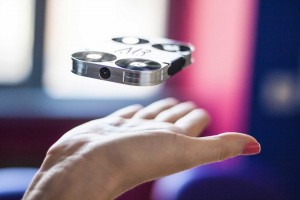 Users must simply download the free iOS and Android app in order to control the device’s movements through three different flight modes.

AirSelfie can be returned to its departure point either manually or automatically.

When users are finished using the device, it’s easy to return it to its landing spot—simply press the button labelled “slide to land” and AirSelfie descends and turns off. Users can also directly reposition the device by hand with no risk whatsoever of damaging it or themselves.