Peeking in the Portrait: From Photography to Theatre- an ensemble movement piece comes to Camden 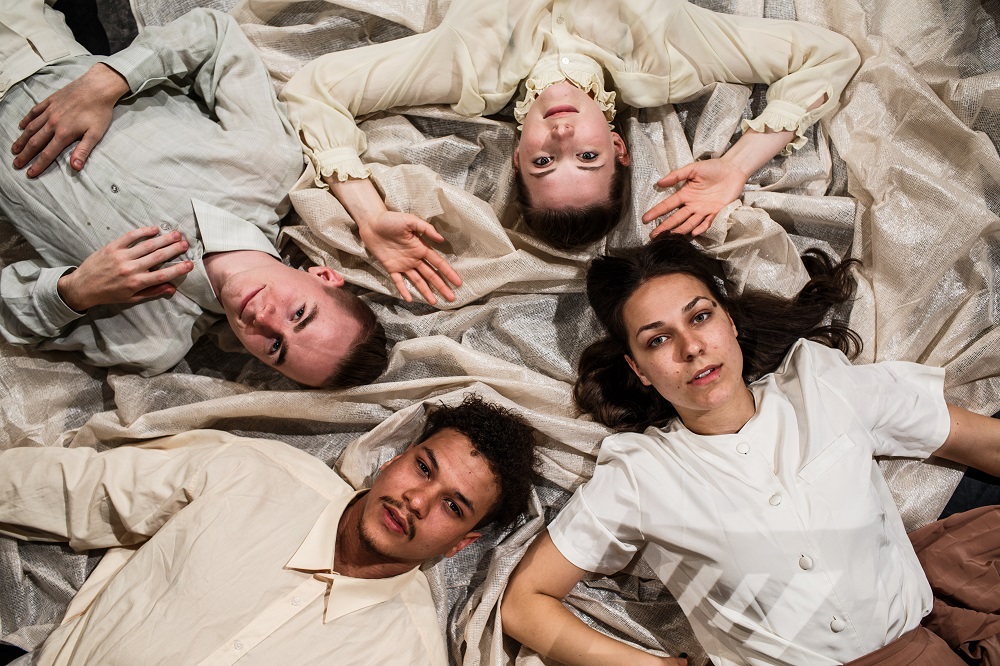 The Camera Flashes. We are exposed. The photo dies, yet the subjects live on…

Inspired by the life and works of Lady Clementina Hawarden, one of Britain’s first recognised female photographer, the GOLKK Theatre Company brings Peeking in the Portrait, to Camden this weekend.

The production fuses live photography with dynamic physical theatre, to discover that the camera is never simply an object but a playful and present character in our daily lives. ‘Peeking’ challenges audiences to become meaning-makers, rather than passive spectators. The open narrative explores themes such as: The blurring of visual art & theatre boundaries, the presence of cameras in modern society and its effect on our everyday relationships, as well as the legacy of photography.

According to a press release, GOLKK will “draw you into the present, offering you an experience which is not only live, but alive.”

GOLKK Theatre are current artist in residence at the University of Kent and the Gulbenkian, Canterbury. ‘Peeking in the Portrait’ has recently been on a Gallery tour around Kent, and has had success in Canterbury performances and at Dreams Before Dawn Festival 2017 in Paris.

According to their blog, GOLKK began to look into a new show, seeking to work through a combination of architectural work (working with space and its inherent atmospheres) and long physical improvisations.

“We began to feel the energy and flow of what would later become ‘Peeking in the Portrait,‘ they said.

“However, we needed a stimulus for our show- something that would excite our imaginations, and trigger themes for our audiences. After a period of research, we stumbled upon the portraits of Lady Clementina Hawarden– one of Britain’s first female photographers- and we fell in love with their curious and ambiguous nature!”

“When beginning to work with Hawarden’s portraits, it was important that we remembered to PLAY! The images gave us endless possibilities for characters, themes, settings and more, but this was because we allowed ourselves to explore them in ways which weren’t necessarily about replicating Hawarden’s world.”

Camden Fringe will be GOLKK’s London debut where audiences are welcome to witness the curious world of Peeking in the Portrait.