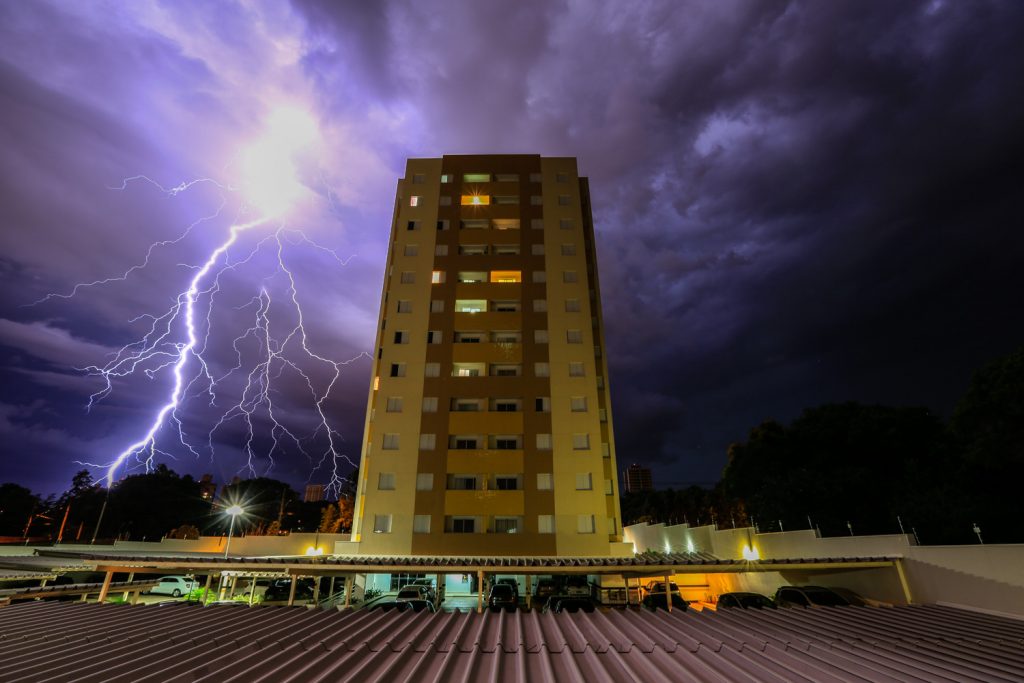 In the last two posts we talked about ISO, which is the sensitivity of our film, or sensor, to light. We discovered that the aperture, like the iris in our eyes, opens and closes to control the amount of light hitting the sensor, and how by closing and opening the aperture we can also control depth of field.

We use shutter speeds to freeze time, or to blur motion. The faster the shutter speed, like 1/8000 of a second, the more we freeze our subjects, like a football player vying for the ball. 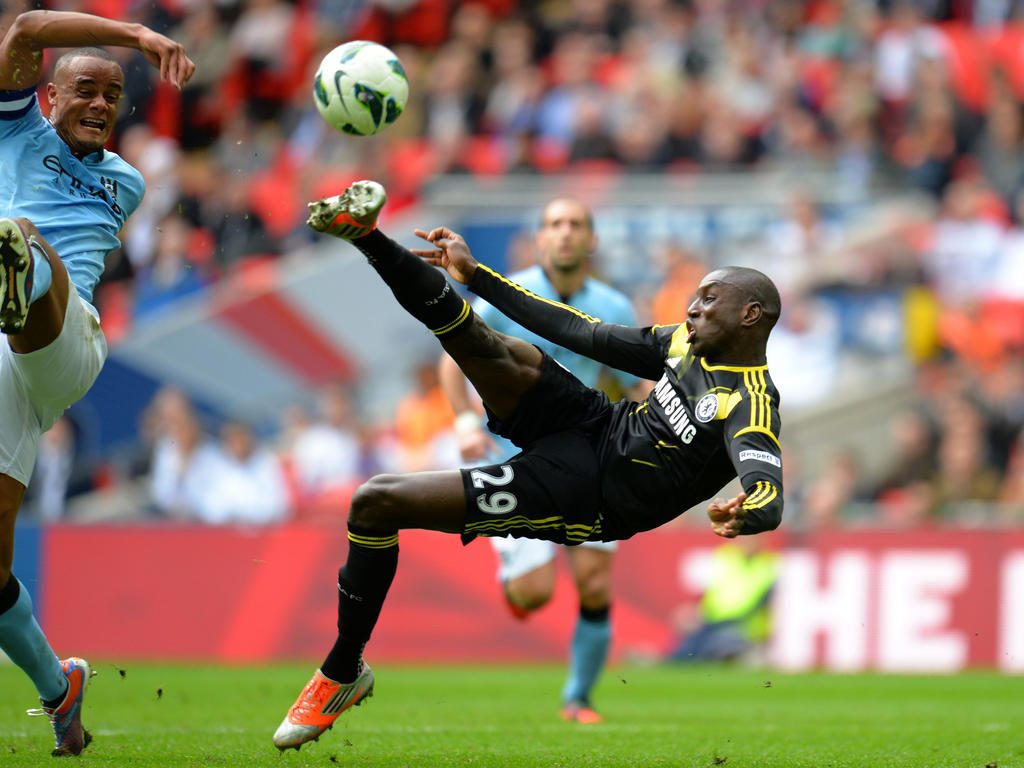 The slower the shutter speed, like 1/15 of a second, the more we blur motion. Like this already famous photo of Usain Bolt winning in the Rio Olympics. 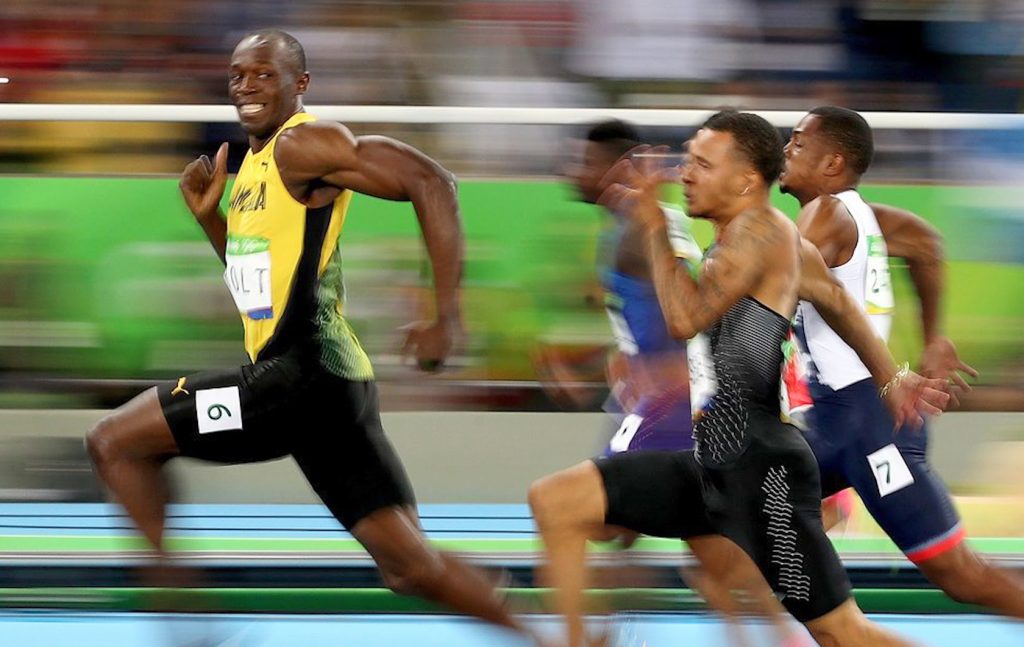 So, if you ever used a point and shoot camera in low light and your photos came out all shaky and blurry, that’s because the camera automatically set a low shutter speed to be able to get a good exposure. We can avoid getting this camera shake, or motion blur, by using a tripod, or flash.

Using long exposures, with shutter speeds of 1″ to 30″, we can capture lightning forming in the sky and trail of lights from cars in the city. We can get creative and create beautiful paintings using coloured lights. So, set up your camera on a tripod in a dark room or in your garden at night, set a 15 second or more exposure and experiment using a torch as you stand in front of the camera. 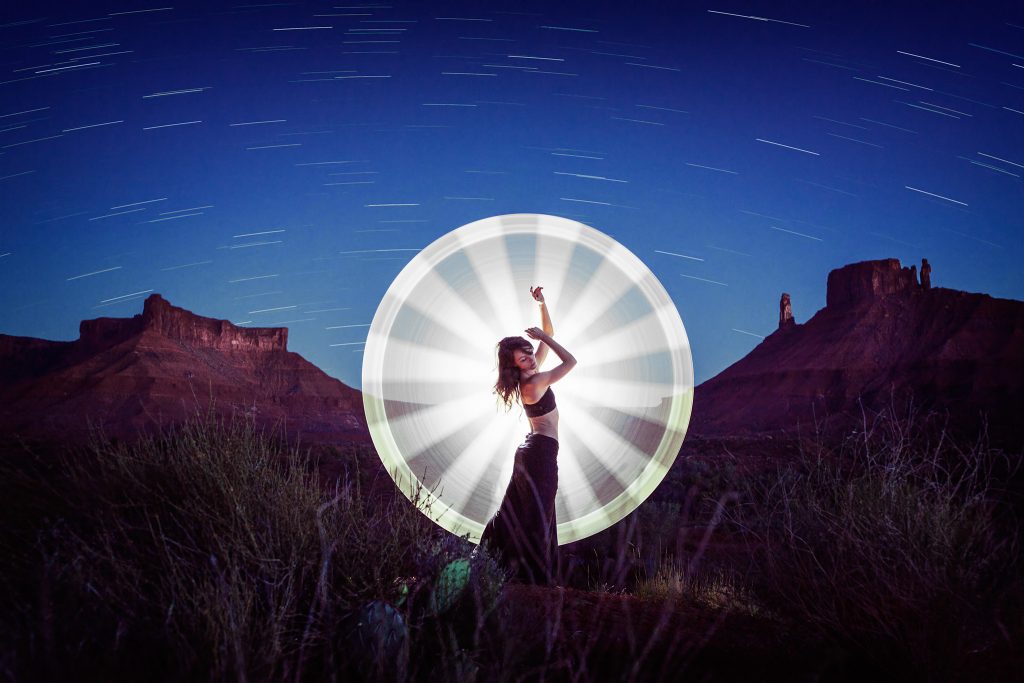 But we can also take exposures of one, or even four hours. To do that you will need to use the bulb setting. On most cameras as you scroll to the left with the shutter dial, slowing down the shutter until you reach the “bulb” mode. Other cameras will have B or Bulb on the modes wheel on top of the camera.

Bulb allows you to keep the shutter open for as long as you want by keeping the shutter release pressed down, but you are better off using a cable release that you can buy separately if you want to do long exposures.