Getting your subject to relax when shooting portraits 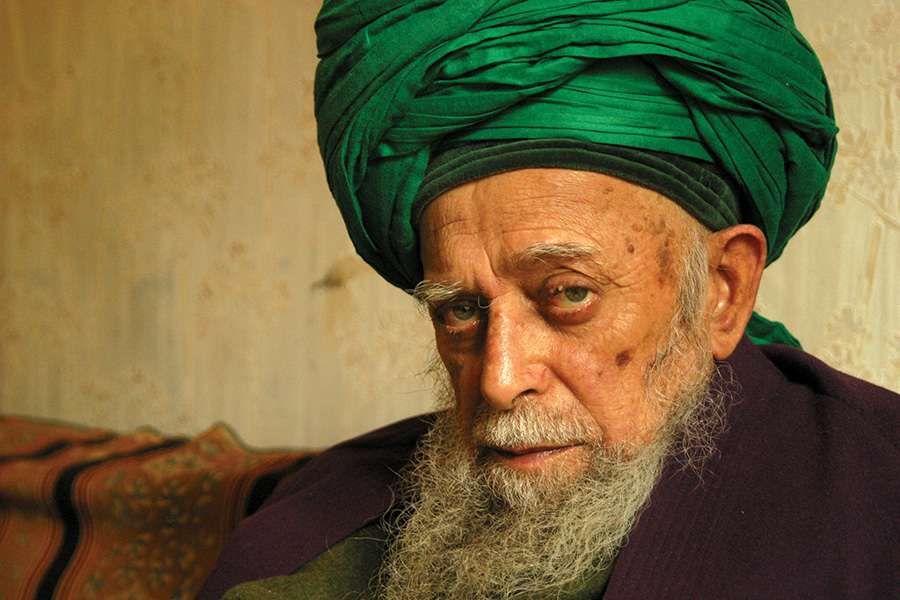 When I was researching on writing this article on portraiture, I stumbled on this quote above, and it made me smile, because that’s exactly what portraiture is for me. Making a portrait of who people really are.

Taking photos or people is never easy, simply because we too are people and we hate having our picture taken. There’s something slightly taboo-ish about it, I suppose, and I understand when indigenous people feel that when we take photos their photos, we capture their soul. Because that’s exactly what we do.

Snapping away as street photographers, or news photographers doesn’t always require us to connect with our subject, as all we do is capture fleeting moments, snapshots, slices of time. These shots happen quite fast and at times we don’t have time to think. There are, of course, un-staged portraits that can show us what an event has caused that person to become, but not necessarily the person who they are, like Don McCullin’s photo of the shell-shocked soldier in Vietnam, or the London tube bombing victim, face all bloody but still clutching his newspaper, as if he is waiting to board another train.

But to truly show people as they really are, that takes some very important traits in my opinion: Sensitivity, closely followed by curiosity, humour and patience.

My first ever photo that was published was of a Sufi Muslim leader named Sheikh Nazim, and it’s one of my favourites, not because it’s the best portrait in the world – one can see the inexperience in it – but because it took me three whole hours to take it. Three whole hours of listening to a man speak in a language I did not understand, preaching to people that were pouring in an out of his house, handing out names to new born babies with the skill of a civil servant and throwing me unsure glances each time he saw me fiddling with my camera.

He knew I was there to take his photo so he was prepared, but he was also bit nervous and unsure. Three hours later he had forgotten I was there. He stopped to have tea, and that’s when I asked if I could photograph him. He, said yes, turned his head slightly and it was all over in milliseconds. I did not ask him to wait until I got ready, until I chose the right lens and checked my light meter, shutter speed, aperture and ISO. I had been getting those settings ready during the time I had been waiting for him to finish talking. Then when he looked at me all it took was raise the camera, focus, do a quick adjustment and shoot. The result for me was fantastic, and the fact that he was relaxed allowed his true self to come out in the photo. A man of wisdom who commands respect. 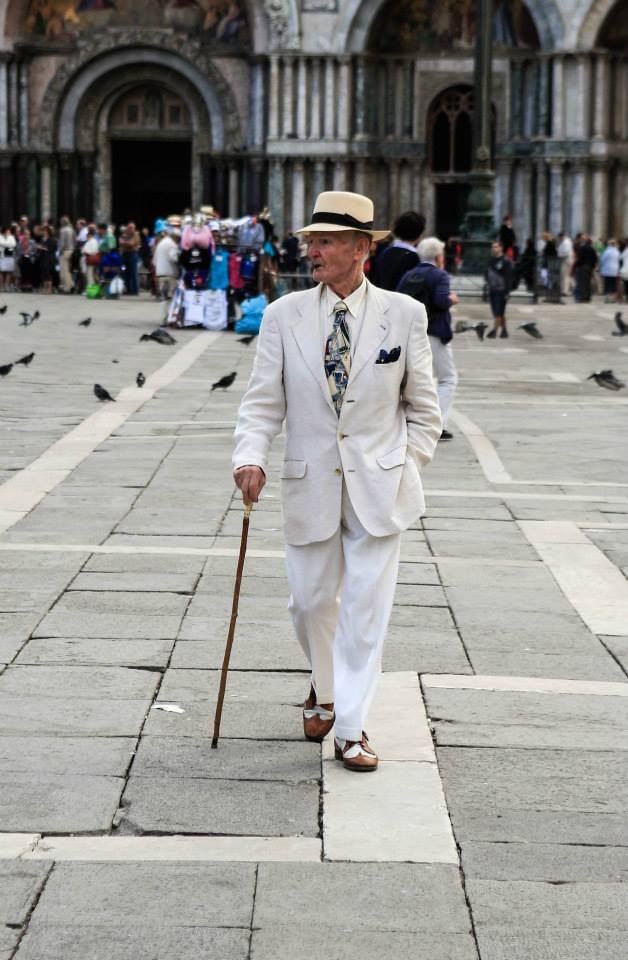 So, how do we get people to relax when having their portrait taken? First thing is to avoid making the photo shoot feel like it’s a visit to the doctor. Engage your subject in conversation, joke with them, compliment them, be interested in them. How are you going to photograph someone if you are really not interested in who they are? Sometimes this connection takes longer than the entire shoot, so be patient. Keep talking to them while you are shooting and while you are setting them up and correcting their positioning. Don’t rush, but then again don’t take too long. If you are shooting in a studio or on location, make sure you have everything ready so you don’t keep your subject waiting. If you are shooting street portraits of people you just met, offer to send them the photos for free. Remember, they are doing you a favour, it’s not the other way around.

At the same time, if we are to look at the amazing story behind Yusouf Karsh’s incredible portrait of Winston Churchill, diplomacy just has to go straight out of the window. Karsh managed to portray Churchill resolute in the face of crisis. But the story of how that famous portrait was shot is fascinating. 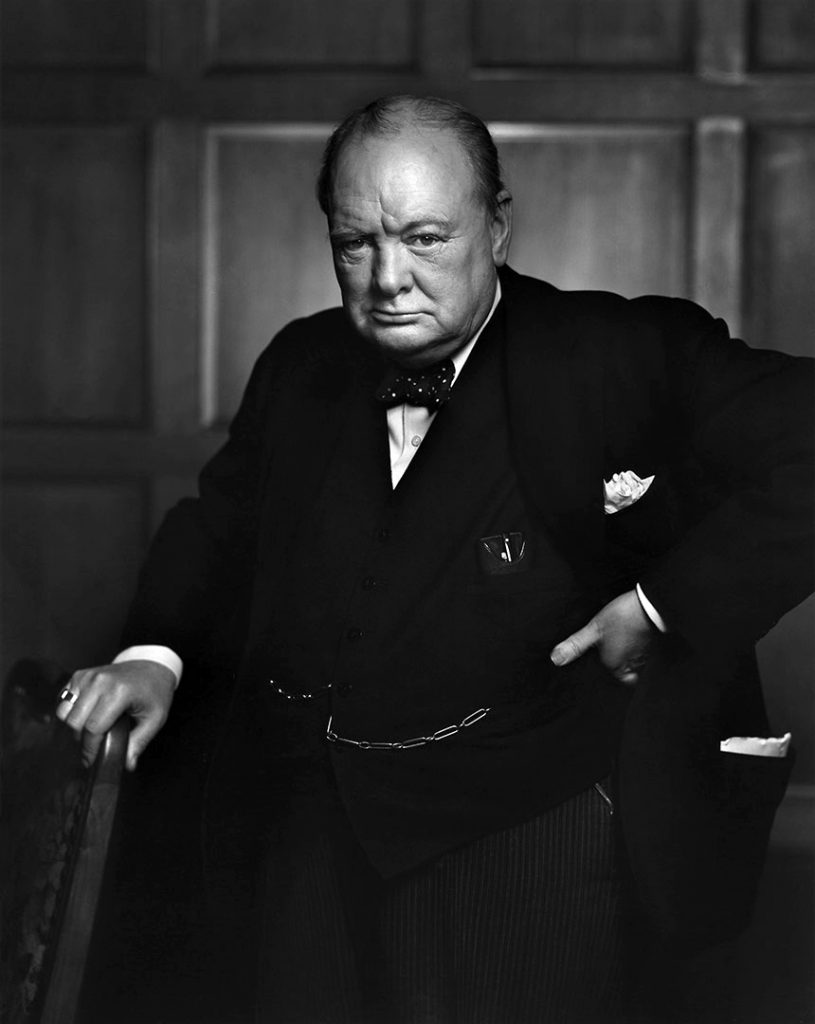 Karsh had been in Canada when he was asked to photograph the British PM after his speech. He had setup his equipment and was ready, but apparently no one had informed Churchill, so he was taken by surprise and agreed to allow Karsh to take only one shot. One chance. As Churchill prepared to be photographed, Karsh noticed he was puffing away on his cigar. Knowing that the smoke would obscure the image, he offered Churchill an ashtray, and when the Prime Minister refused to put out his cigar, Karsh simply leaned over the camera and plucked the cigar from his lips.

“He looked so belligerent, he could have devoured me,” Karsh would remember later, and it’s a belligerence that comes across in the famous photograph—a scowl over the pilfered cigar that came to represent, seemingly, a fierce glare as if confronting the enemy. Read more on that story on the Smithsonian website.

Although I suspect that a similar action would land you in hot water today, sometime desperate times call for desperate measures. So be yourself, be sensitive and as Annie Leibovitz once said, “A thing that you see in my pictures is that I was not afraid to fall in love with these people.”